Scooter makes a special guest appearance at the end of this video. 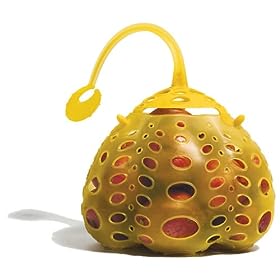 I’ve got way too many projects in the air. I just finished updating InsiderFood with many new resources. I also did some updating on InsiderArts and began working on InsiderWine.

I’ve got a big project to do with YQL that I keep putting off and I still need to work on my photography.

So what do I do instead? I started yet another blog: Fondooo.com. It’s a kitchen gadget site that was inspired by the recent work of my co-worker James. He just started WorkStyled, a blog about stylish work spaces.

The hardest part of building a site these days is coming up with the domain name. The concept was easy, WordPress and Woo themes made the design a piece of cake. No, it took me much longer to come up with a domain name. I chose fondooo (note the three o’s) because everyone has had a fondue pot at some point in their lives. It’s the ultimate kitchen gadget.

So take a trip down kitchen gadget lane on fondooo.com. It’s just another in my range of food sites:

Now, if only I could find a few more hours to update the other dozen projects.

Nazi concentration camps featured a hopeful sign for the incoming prisoners. “Arbeit Macht Frei” means Work Sets You Free and helped keep up the guise of these “work camps”.

I took this photo of the Small Fortress in Terezin, Czech Republic. It’s hard to understand how horrible these camps were until you’ve actually visited one.

At one point the guide showed us one of the prisoner cells where people were so cramped they had to sleep side by side on wooden bunk beds. She then took us to the cell for Jewish prisoners. It was 1/4 the size, had no furniture, and the only source of light/air was a tiny window (4 inches by 4 inches) about 6 feet up in the air.

Here’s some information about Terezin from wikipedia

The Small Fortress in Terezin was also used as a punishment prison for Allied POWs who persisted in escape attempts. POWs from Australia, New Zealand, England and Scotland were imprisoned and witnessed the horrendous inhuman mistreatment of the largely Jewish population. Keeping POWs in such a camp was against the Geneva Convention, and the camp was under the direct control of the Gestapo who refused to acknowledge the POWs’ special status. They saw that elderly Jewish inmates were given food every second day and forced to do hard labour constructing a 1 km long tank trap,mainly using their hands. Prisoners who stopped jogging, with handfuls of dirt, were beaten unmercifully. Prisoners were forced to sit on the head and legs of a victim while the guard repeatedly struck the victim with a nailed post, reducing their buttocks to pulp. Jews were also whipped with strips of thin wire that tore their bodies apart. Prisoners were forced to collect the bloody parts and load them on a cart.

I wish work could have set these people free. Unfortunately life wasn’t that easy for the people tortured in the death camps.

There’s a plethora of fascinating films by Charles & Ray Eames

. This one illustrates how they created one of their fiberglass shells. I don’t re-post much, but hat tip to Kottke.